This reclaimed New York cook space (dating back to 1755!) proves everything old is, in fact, new again. 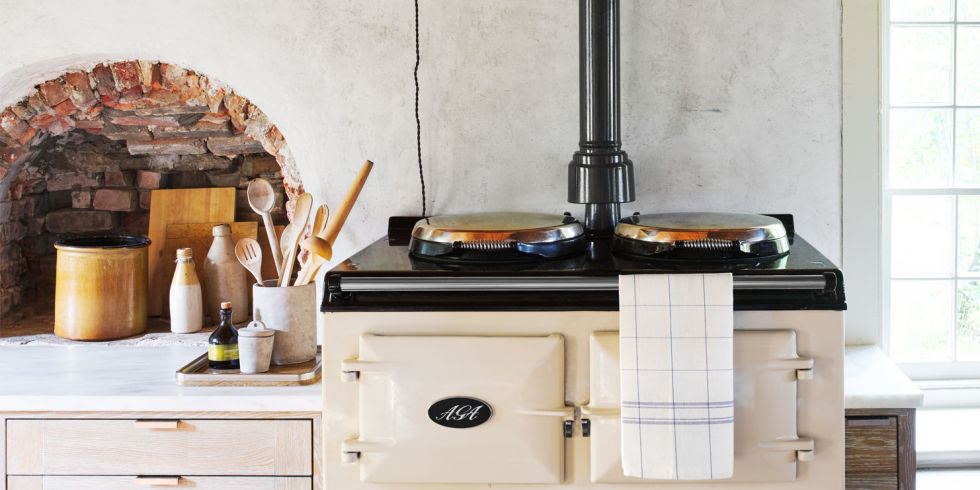 Think your kitchen needs a remodel? Imagine how homeowner Daniel Flebut felt when he first laid eyes on the cook space of his overgrown 1700s stone house in New Paltz, New York. Fortunately, the architect-by-day welcomed the challenge of restoring the room to its old glory. Here's how he and partner William Charnock paid tribute to its past while adding a few modern-day upgrades. 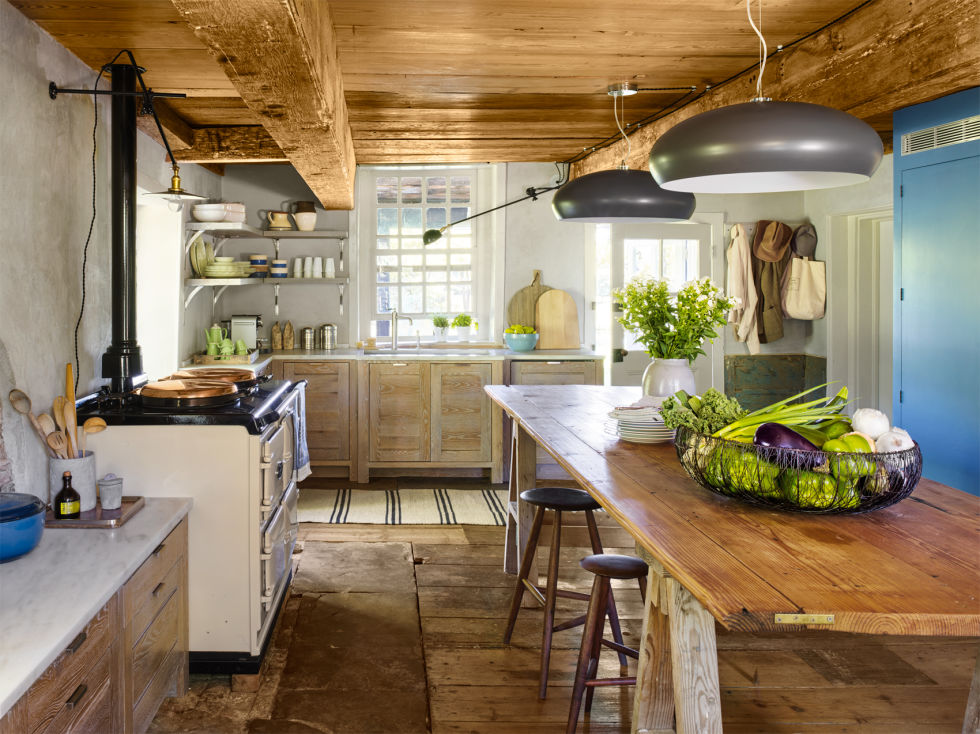 Imperfect floors. Rather than replace the "flawed" flooring where the fireplace once stood, Daniel embraced the pieced-together texture, leaving the original wide plank boards and stone hearth untouched. 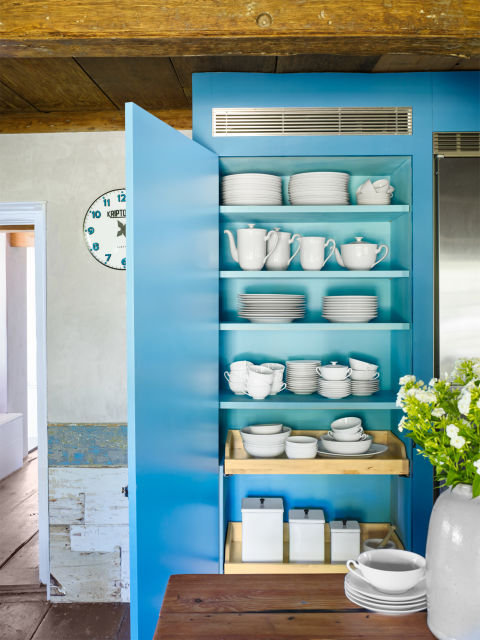 Pop of Color
The built-ins pay homage to the colorful wainscoting unearthed during the restoration. They couple used Cook's Blue by Farrow and Ball. 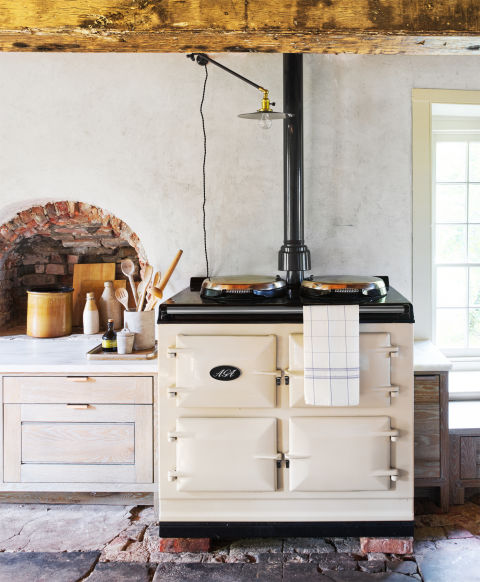 Aga Oven
The cream-colored cast-iron cooker—William's favorite feature in the kitchen—sits on the footprint of the home's old fireplace hearth. Next to it, a restored (but no longer functioning) beehive oven serves as a focal point in the cozy space. 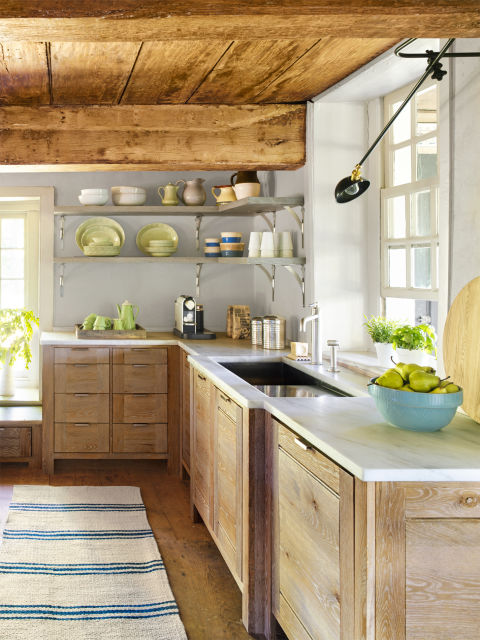 High Ceilings
Open shelves. Daniel designed the kitchen without upper cabinets, which would have felt clunky next to the hefty beams and low 7-foot ceiling.